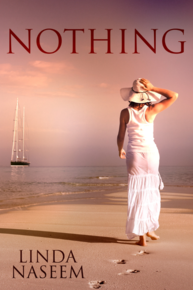 IF YOU WOULD LIKE A FREE PDF COPY OF THIS BOOK,

please email a request to lnaseem19@gmail.com

"Enjoying your book.  Really like your style of writing!  Nice rhythm and pace!  Great use of combined clauses.

Easy to understand how the book received an award."

"Really good book, way to go...!  But I always did wonder about the cover."

Author's comment:  The cover picture is actually a scene in the book.

"...what an incredible mixture of fear, anger, forgiveness, sweetness, friendliness,  craziness beyond

"I found the book very raw, gritty, getting knots in my stomach at times...I was emotionally drained by

I watch him from the window, that same skinny dude marching back and forth in front

of the dumpster.  He's lost his limp and his laceless shoes, and his bare feet have been

slapping the asphalt all afternoon.  I know he's talking because I can see his mouth

moving.  He's fried.  Or mental.  Those are the only possible explanations.

I should be working.  My computer is warmed up and ready for me to slave over it.  My

online business.  I buy and sell Mexican and Central American crafts.  When you're in a

wheelchair it's easier to sit at home and work.  That's one good thing about the computer

age.  I have customers from all over the world without stepping outside my door.  It's

down there in the alley.  His head sags as if he were carrying the weight of the world on his

back and his lips flap.

computer.  Is he going to keep this up all night?  Will he still be there in the morning,

forcing those tattered feet to run a marathon in front of the dumpster?

Around midnight I go to bed.  I'm out as soon as my head hits the pillow, but visions of

him twirling, skipping, hopping get tangled in my sleep.  He sails up to heaven, sprouts

wings, sings.  Plays a harp.  I gasp myself awake.  Why am I dreaming he's an angel?  He is

As soon as dawn whispers into my bedroom I roll back to the kitchen window.  He's still

there but now his feet, powerful as the hind legs of an irate mule, are kicking dents in the

dumpster.  I can hear his screams through my closed window.

I have to stop him.  Someone will call the cops.  Or someone will jump him and I doubt

he could fight them off.  After pacing all night he has to be ready to keel over, even if he is

kicking the shit out of the dumpster.

people become addicts, why they stop using Meth and sometimes why they don't.This very touching and engrossing read

deserves to be widely read for its sheer beauty of showcasing the very truths of life of & after addiction.  Highly

"Nothing by Linda Naseem is, as the author says herself "unfortunately, inspired by experience".  It tells the "fictional" story

of Annie, who discovers her husband is a drug addict.  It was a very interesting story highlighting the affects on a

relationship due to drug abuse.  Some of the writing was convoluted and hard to get through but nonetheless worth the

effort.  A raw story filled with tragedy, violence and hope.  These kind of stories stir up just about every emotion possible.

So thank you Linda for sharing a story that many of us are not strong enough to even articulate aloud."

"This narrative promises an unflinching look at a drug addict's world--and it absolutely does not flinch.  It's a paradox of

powerless and  lost.  Thus we go inside, and then outside, the minds of addicts whose lives are being burned away, and

those who are sometimes burned, standing at the edge of the fire.  If this book was just about hurt then it would be

unbearable.  There is no "Hollywood ending".  But there are moments enough of honesty, redemption, and reconciliation to

make this book worth a recommendation.  It is not entertaining, per se.  But it is re-assuring, in a way,  and a compelling

"...Naseem's harrowing novel pulseswith the pain of betrayal and the dire consequences of substanceabuse.  Sensitive

readers may beoverwhelmed by the edgy, expletive-dense narrative, but for those who don't mind its murky premise, the

"A riveting, intense portrait of substance abuse and the havoc it can wreak on family and friends."---kirkusreviews.com