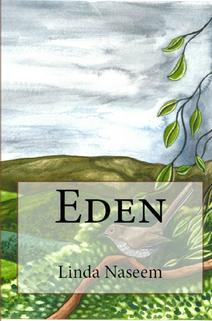 FOR A FREE PDF COPY OF THIS BOOK, please

email a request to lnaseem19@gmail.com

A story of first love set in San Francisco in

the late 60's against a backdrop of flower

children, racial prejudice, and the

Harv sees Lani in the fog, her dancer's gait carrying her across the grassy slope toward

She is close enough now to touch, the rounded white headstones framing her long brown

Those eyes scald him with accusation:  he never said good-bye.  His last words were, in

fact, ugly, slashing at her like sabers to make her run away from the danger.

"They were lies!" he shouts, and her eyes are ink running on wet paper.

He reaches out to pull her to him and stroke her hair, her cheek, but the fog swirls her

away and he is alone.

The mascara I didn't wash off before I went to bed has glued my eyelashes together.  It

takes a minute to get my eyes open.

I have been rolling around all night and now I am tangled in my waist-length brown hair.

Dawn peeks in orange strips around the venetian blinds.

body parts.  A leg hits me in the chest and I tumble onto a muddy path under a high canopy

of tropical green.  I open my mouth to scream but I see a soldier in olive drab walking ahead

of me, black and big enough to fill the path and cast a shadow in the shadow-glutted jungle,

"Hey!" I shout, getting up and running after him.

We trudge on in green half-light.

The jungle is an oven, steaming air blistering my throat with each breath.  Sweat runs in

rivers down my forehead, my back, my legs.  Dark damp splotches spread across my fatigues

and that godforsaken mud sucks at my boots.

Sure could use a cigarette.

"Harv!" I call to the soldier.

He turns, a grin flashing across his face.  "Yeah, man."

He reaches into his shirt pocket and pulls out a cigarette pack.  His feet never stop moving.

His arm stretches back to me and just as my fingertips touch the pack, Fourth of July

fireworks blast through the trees.

The hand offering the cigarettes shoots straight up in the air.

His leg flies backward and knocks me into the mud, and pain like a thousand knives stabs

my chest, my belly, my legs.

This time I scream, and my scream wakes me up.  Ash settles to the jungle floor and

dissolves in the mud, and the two-room house in Monterey that was my home twelve years

ago, in the fall of 1967, grows up around me.  The light flooding through the gaudy paintings

on our windows---a sunk-eyed guy with waves of turquoise hair and a swirling purple beard,

movement and Vietnam War, EDEN tells of the prophetic dream of teen

flower child Lani, whose boyfriend Harv Stetson is sent home in a coffin.

There's one twist to the story:  in a prophetic dream about his death, she'd

seen him as a black man.  And when she opens his coffin, the same black

"Chapter 2 explains the puzzle from Harv's perspective, but adds an

of both Harv and Lani's very different realities.

"Between a sergeant who condones a deadly choice, a girlfriend who can

never understand the politics and pressures of being a grunt in Vietnam,

a prophetic dream that threatens the best-laid plans, and the atmospheric

unraveling of American society during the 1960s, EDEN represents a

"As race relations enter into the picture to influence decisions and

deadly  choices, readers are treated to an absorbing interplay of events

powerful survey that is mercurial and hard to put down.  EDEN is a

Read the full review at

"I couldn't put the book down as I followed the young hippie, Lani, on a

thrilling journey of love and lust in the 1960's Bay Area.  Linda Naseem's

superb imagery turns the words I read into a mental movie.

back to the feelings and issues of the times.  It was clear the author also

with her to revisit.  The story covered a lot - love, war, drugs, sex, racial

questioning, friendship, self-growth...all woven into an intricate yet

plausible plot.  I found the bookcompelling and well worth the time

thought that was well captured...I enjoyed it very much."

"Eden is a modern-day Macbeth, only even more poignant!  Listening to

the voice of evil, even from a loved one, instead of one's own 'small voice,'

and how this leads to tragedy of deceptions and insecurities is a universal,

classic theme, but told in Eden in a way that engulfs one's very soul.