I opened my eyes to this world on September 24, 1949, in the old Army hospital at Ft. Ord, California, the

oldest child of M/Sgt Michael and Mrs. Harriet Hofer.  My dad was the first American-born son of

Croatian immigrants, and my mother was the granddaughter of Prussian farmers.

In 1967 I graduated from Seaside High School, Seaside, California, and in 1977 I received an Associate

Sweden, for a year.  (Yes, I can speak Swedish, although I'm a bit rusty.  I could speak some Hausa at one

time, too, but all that's left of that is a couple stains on my tongue.)  My nursing shoes sprinted down the

hours squelching in the heat of a Nigerian OR.  For the last few years of my nursing career I was

While an Army brat I lived in (besides Ft. Ord) Hawai, Ohio, California, Virginia, and Germany.  When

no longer "Army" I nested briefly in Colorado, Sweden, Nigeria, and several towns in California.

As you can guess, all that moving around has put me in a constant state of homesickness:  I always long

to be somewhere else.

I currently call Colorado home.  I share my space with a monster cat named Grey Bear and his two pet

Right now it's freezing here in Colorado even though I'm talking to Go Daddy and it's 70 in Arizona.  Sometimes it's a real drag living in the Rockies--time for another log on the fire. 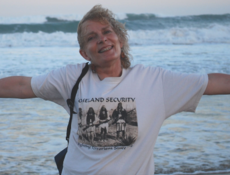 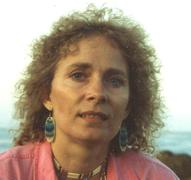 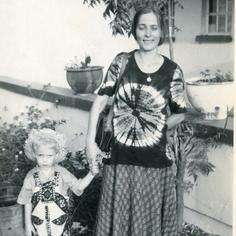 Standing in the middle of the road is very dangerous.  You get knocked

down by traffic from both sides.

*From Copper to Gold, by Dorothy Freeman Gilstrap (biography)